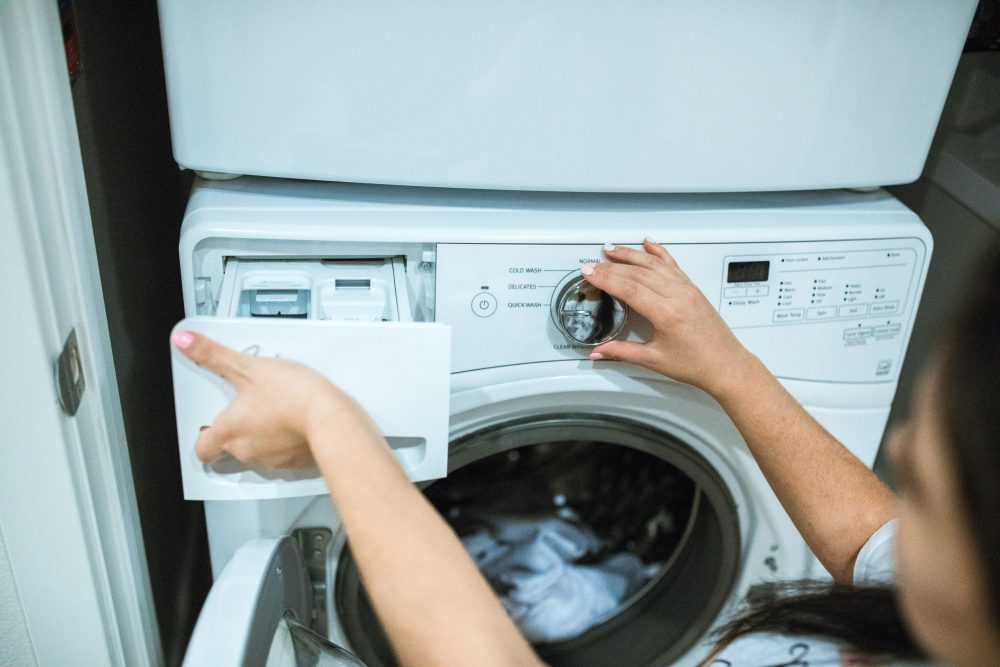 These colorful beads might leave your clothes smelling good for a while, but are laundry scent boosters safe? Are Downy Unstopables toxic? We’re going to break down the ingredients and then discuss some healthier ways to keep your laundry smelling fresh.

What Are Downy Unstopables?

Downy Unstopables are “scent booster” beads that you put in your laundry to make your clothing smell stronger and last longer compared to using detergent and fabric softener alone.

How to Use Downy Unstopables

To use these little scent beads, you just shake as many of them as you want into the cap and throw them into your washer before you turn it on to start the load. Downy says their Unstopables are compatible with all washing machines.

Downy Unstopables aren’t soap and they’re not meant to replace your detergent and/or fabric softener. They’re supposed to be used WITH your detergent. They’re only meant to add smells, not to clean anything.

Polyethylene Glycol
Fragrance
Dyes/Colorants (which differ depending on the scent)

This is actually somewhat surprising considering that most personal care and cleaning products contain a long list of (sometimes questionable) ingredients. But fewer ingredients doesn’t always mean better. Are Downy Unstopables safe? Let’s investigate these three ingredients to find out.

This post may contain affiliate links, which means we may earn a small commission if you choose to make a purchase. We only make recommendations that are genuine and meet our ingredient/material safety standards.

Unfortunately, there is not one totally safe ingredient in Downy Unstopables; all three of these ingredients comes with problems. Let’s go through each one:

Polyethylene Glycol, also known as PEG, is used as a “Perfume Dispersant.” It’s also the active ingredient in MiraLAX. Yes, it’s a laxative that causes water to be retained in the stool to help with occasional constipation. It’s also commonly found in things like toothpaste and lotions.

The problem with PEG is not actually about the ingredient itself, but how it’s processed. Although there are multiple routes to the end product, they all involve using ethylene oxide, which is a very problematic irritant that’s known to cause multiple types of cancer and infertility. The PEG end products can unfortunately be contaminated with ethylene oxide, making products with PEG potentially toxic.

The second potential contaminant PEG could contain is called 1,4-dioxane, which is another known carcinogen.

The problem is that PEG (and therefore Downy Unstopables) could contain both of these toxic chemicals even though they weren’t added intentionally, meaning they won’t be listed on the ingredient list.

Not only that, but PEG is known as a “penetration enhancer,” which is something that allows other ingredients to more easily pass through the skin. That means that even if the PEG in your Downy Unstopables does not contain ethylene oxide or 1,4-dioxane, it can still decrease your body’s ability to protect you from other toxins in your home, personal care products, and environment.

Why is “Fragrance” Toxic?

The second ingredient listed in Downy Unstopables is “fragrance.” Whenever you see the word “fragrance” or “parfum” listed on an ingredient label (and you will see it a lot), it should raise a big red flag for you. We’ve written about this problem before, as it related to perfume as well as candles and plug-in air fresheners. “Fragrances” are SO prevalent that you’re likely to find them in almost all of your personal care and cleaning products.

In the United States, there is a list of almost 4,000 chemicals (some totally safe, and many not) that can be included in products under the umbrella term “fragrance” and companies are not legally required to list those chemicals on the label. (Although, this is starting to change with California’s new Ingredient Disclosure law.)

In other words, when you see “fragrance” listed, you have virtually no idea of knowing what that actually means.

Among the toxic chemicals that are allowed under the “fragrance” umbrella are phthalates, which are endocrine disruptors and can cause infertility, as well as styrene and naphthalene, which are carcinogens.

Dyes and colorants should be approached with caution because some of them are safe while others are linked to a variety of different long-term negative health effects. And there are a TON of different synthetic chemical dyes and colorants, so it can be very difficult for consumers to sort through them and figure out what’s safe and what’s not.

Most of the Downy Unstopables scents contain colorants from the “Acid Red” family, which have been found to be potentially problematic when used in hair dye. We could really use some more information and transparency in this area!

Many people have experienced mild to severe allergic reactions to Downy Unstopables, which could be from the PEG, the fragrance, or the dyes. Symptoms that have been reported are:

Especially if you or your kids struggle with allergies, have sensitive skin, or have other chemical sensitivities, it would be safer to go with non-toxic laundry products instead of Downy Unstopables (which we’ll talk about more in a minute).

Are Downy Unstopables Toxic to Dogs and Cats?

Many consumers have reported some of the same symptoms listed above in their pets. If you notice your dog or cat experiencing things like rashes and sneezing, consider taking Downy Unstopables out of your laundry routine for at least a month to see if it makes a difference.

If your pet actually ingests the beads, take them to the vet. Ingesting these beads could be much more toxic than smelling them and doing your laundry with them.

Babies’ little developing bodies are more vulnerable to toxic substances than adults’ are, so we can’t recommend using Downy Unstopables on baby clothes. For the little ones, we recommend just skipping the scent boosters and using non-toxic detergents like Dropps Baby Detergent (unscented) or Attitude Baby Detergent (which comes in Soothing Chamomile, Sweet Lullaby, Pear Nectar, and Fragrance-Free) instead. Your baby’s skin smells amazing as it is anyway.

There aren’t too many natural, pre-made laundry scent boosters, but we did find this one from Farmhouse Wares, which is made from Epsom salt, baking soda, and pure essential oils.

Mix everything together in a mason jar and let it sit for at least 30 minutes before using so that the salt and soda have the opportunity to soak up the oils.

Use 1/4-1/2 cup of the booster per regular-sized load of laundry. You can add it directly into the washing machine on top of your clothes, sheets, or towels.

Make sure you put a lid on the jar when storing it.

What About Mrs. Meyers and Method Scent Boosters?

Mrs. Meyer’s and Method are two popular “green” cleaning product companies that can often be found in big box stores like Target and Walmart.

The problem with these two companies is that SOME of their products are non-toxic, while others contain many of the problematic ingredients that conventional brands do.

For their laundry scent boosters, both of these companies do disclose their full ingredient list, including what their fragrance contains. And while we definitely appreciate the transparency, unfortunately, many of those ingredients are on MADESAFE’s banned list, so we can’t strongly recommend them.

Other Natural Ways to Keep Your Clothes Smelling Fresh

These dryer balls can take the place of your dryer sheets by reducing static and wrinkles, while also helping your clothes dry faster. Once a week or so, just put ten drops of the essential oil of your choice onto the dryer balls to give your laundry a fresh (but not fake) scent.

If essential oils aren’t your thing, use a lavender sachet (like this one made from upcycled t-shirts) in your dryer. These little dryer pillows are filled with fragrant organic lavender buds and reusable for up to nine months.

Conventional dryer sheets are one of the most chemically-laden products in your home. So if you want to use dryer sheets, go with a safer brand like one of these:

For when you need to freshen up fabrics that you don’t have time to put through the laundry, just use vodka! Yep, putting one-third vodka and two-thirds water in a spray bottle and then spraying your clothes can neutralize any musty smells. You can even add some essential oils to your spray bottle as well if you’d like.

This is also a great trick for fabrics that are harder to wash, like the couch, mattress, pillows, or shoes.

If vodka in a spray bottle is not your thing, use a pre-made fabric refresher spray, like Grow. We absolutely love Grow’s fragrances — they come in ten different scents and truly give Febreze a run for its money.

Other Questions You May Have About Downy Unstopables

Are Downy Unstopables a Fabric Softener?

Can You Put Downy Unstopables in the Dryer?

No, Downy Unstopables should only be put in the washer.

Can You Put Downy Unstopables in a Wax Warmer?

P&G (Downy’s parent company) carries some other Unstopsable products, including their Febreze Unstopable Wax Melts. These should NOT be confused with Downy Unstoppable laundry scent boosters. You should NOT put Downy scent boosters in a wax warmer.

Can You Make Homemade Febreze Air Freshener Spray Out of Downy Unstopables?

Even though they do sell Febreze Unstopable spray, some people on the internet like to DIY their own air freshener spray by dissolving the Downy beads into warm water and putting the solution into a spray bottle. Instead of spraying this toxic spray into your air, try Grow instead! This non-toxic air freshener spray is plant-based, toxin-free, and smells just as fresh and delightful as P&G’s products.

Are Downy Unstopables Bad for Your Washer?

We can’t find anything that says Downy Unstopables can cause any problems for your washing machine, so you should be safe in this regard.

How to Prevent & Get Rid of Mold on Plant Soil

Whether we're talking about your potted houseplants or your seasonal vegetable garden, there's an entire ecosystem of microscopic living organisms that exist within the soil of your plants. Sometimes, when that ecosystem becomes unbalanced, certain fungi, mold, or mildew can... 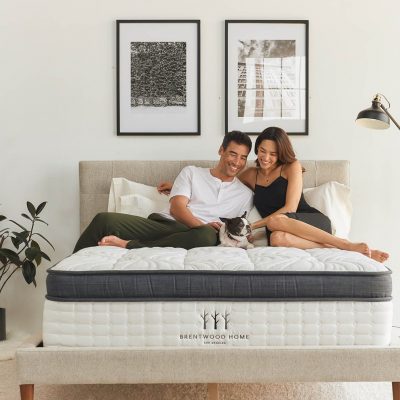 When you begin transitioning your household products to safer alternatives, making the switch to a non-toxic mattress is a big one. Conventional mattresses are filled with all types of chemicals, from toxic fire retardants to volatile organic compounds (VOCs), which... 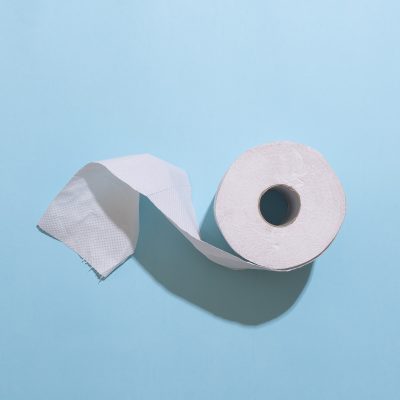 Does toilet paper contain harmful chemicals? You betcha. In this article, we're going to discuss the two primary problems with conventional toilet paper: the toxins used in the manufacturing process that could cause skin irritation and other issues for consumersand...

All content on this website is for informational and educational purposes only. It is not intended to provide medical advice or replace the advice or treatment from a personal physician. All consumers of this content should consult their doctors or qualified health professionals regarding specific questions and needs. Neither The Filtery nor any of its individual contributors or staff members takes responsibility for possible health consequences of any person or persons reading or following the information in this educational content. All viewers of this content, especially those taking prescription or over-the-counter medications, should consult their physicians before beginning any nutrition, supplement, or lifestyle program.
In order to keep The Filtery running, the site contains affiliate links, which means we may earn a small commission if you make a purchase. We only support brands we truly believe in and confidently recommend.

The Filtery is produced on the traditional territory of the Kaskaskia, Osage, Shawandasse Tula, Myaamia, Adena, and Hopewell Tribal Nations. As we express gratitude and care for this land, we honor those who have stewarded it for thousands of years before us.