Are Glade PlugIns Safe? Or Toxic?

Last Updated on December 20, 2021 by The Filtery Staff

We’ve looked into several popular home fragrance brands, including Bath and Body Works, Yankee Candle, and Air Wick. When it comes specifically to plug-in air fresheners, though, there is one brand that’s more well-known than all the rest: Glade!

So in this article, we’re digging into the ingredients in Glade PlugIns (as well as their sprays, candles, carpet powders, and wax melts) to find out whether they contain toxic chemicals.

What Are the Ingredients In Glade PlugIns?

Most conventional fragrance companies (and even some “green” ones) contain a wide variety of hidden toxic chemicals like phthalates, carcinogens, allergens, and more. In all honestly, we were expecting nothing different with Glade.

But we were surprised to see that (at least at first glance) Glade is more “mindful” about their ingredients. They advertise that their PlugIns are made without:

Okay, that’s a good sign! HOWEVER, Glade does not include what actually IS in their PlugIns on the product pages. While we’re glad that Glade doesn’t use certain hormone-disrupting chemicals (like phthalates) and some carcinogens (such as formaldehyde), that doesn’t mean they’re out of the woods. Let’s keep digging.

Glade is owned by S.C. Johnson, which is overall a bit more transparent about their ingredients than other conventional brands. Even though the ingredients in Glade products are not listed on the product packaging or brand website, you CAN find full ingredient breakdowns on S.C. Johnson’s website.

The fact that Glade’s parent company has a whole website about their ingredients and fragrance standards is definitely a sign of positive progress. When fragrance ingredients have been hidden behind legal loopholes for so long, we do love seeing this kind of transparency from brands. After all, consumers have the right to know what is in the products they buy and use in their homes!

S.C. Johnson includes their full “fragrance palette” on this page, which tells you every single chemical that may be included in any of their fragrance products. We sorted through this list (it’s a long one!) and although it’s definitely missing many toxic chemicals, it’s not completely clean either. A few notable observations:

Aside from the fragrance oils, what about the other ingredients? Well, S.C. Johnson also has a similar page for the other (non-fragrance) ingredients they use. This list also contains more than a few toxins, including:

So, What’s the Verdict—Are Glade PlugIns Safe to Use?

When taking all of the above into consideration, can Glade PlugIns be considered non-toxic? Unfortunately, we can’t recommend them due to the toxins listed above.

Instead of Glade’s plug-in air fresheners, go for one of these brands instead.

Now let’s look at some of Glade’s other products…

Yes. Not only are Glade’s candles are wax melts made with paraffin wax (which you can find out about here), but many of them also include BHT (a toluene-based ingredient, which is a known toxin). Their list of fragrance ingredients includes a lot of synthetics, and some of them are questionable.

We recommend checking out this article for guidance on the best non-toxic candle brands.

Glade carries a variety of different fragrance sprays, including their Automatic Sprays, aerosol Room Sprays, and fragrance “Mists.” These cannot be considered non-toxic either, as they contain many known toxins like methylisothiazolinone, PEGs, and VOCs. (Aerosol sprays of any kind almost always contain VOCs.)

Check out this article for our favorite non-toxic and organic room and linen sprays.

What About the Carpet Powders?

Out of all of Glade’s products, their “Carpet & Room Refresher” powders are probably the safest. The primary ingredients are calcium carbonate and sodium silicoaluminate, which are not concerning. They do, however, contain benzyl benzoate, which is classified as an allergen by the E.U., along with several ethoxylated ingredients and other synthetic fragrance ingredients.

We recommend using regular baking soda and essential oils instead. Here is an easy DIY recipe!

It’s also worth noting that when you look up Glade’s products on the Environmental Working Group’s (EWG) database on home cleaning products, their scores range from C to F (the worst rating) when it comes to ingredient safety.

Are Plug-In Air Fresheners Safe to Leave Plugged In? Can They Catch on Fire?

In terms of fire safety, Glade PlugIns and other plug-in air fresheners are safe to leave plugged in for long periods of time. The only instance that could pose a potential threat of fire is if there is something wrong with the actual wiring of the home or that particular outlet (which obviously doesn’t have anything to do with the air freshener itself).

Glade (and its parent company, S.C. Johnson) are doing better than most major brands because they actually disclose their ingredients (although you do have to dig for them) and they did eliminate certain toxic ingredients like phthalates and formaldehyde (well, at least in the Glade products… they may still be used in other S.C. Johnson brands).

However, Glade’s plug-ins, spray air fresheners, candles, and other products still contain other known toxins like paraffin, VOCs, and more. For this reason, we can’t recommend using Glade’s products, especially when there are so many other great non-toxic alternatives available. 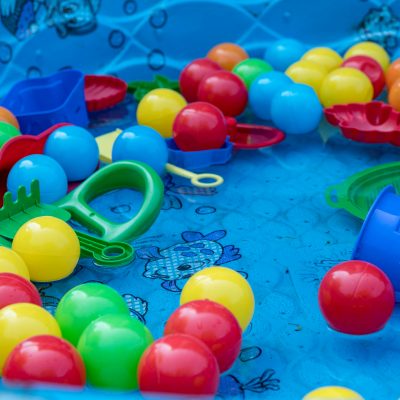 The Best Non-Toxic Kiddie Pool for 2022

Kiddie pools are a quintessential part of summer childhood memories. Beloved in backyards big and small (and in some cases even on balconies or in tiny courtyards for city dwellers!), kiddie pools provide hours of entertainment and welcome relief for... 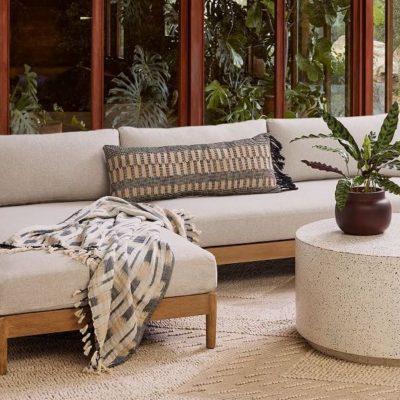 What Is Sunbrella Fabric? (And Is It Toxic?)

We've covered a lot in the non-toxic furniture category, including upholstered furniture like sofas. This has led me down a rabbit hole of all of the different branded "performance" fabrics on the market today... Sunbrella, Solarium, Outdura—oh, my! You'll often... What Is The Most Affordable Non-Toxic Mattress?

Sometimes you can find natural, non-toxic, and organic products at the same price as their more "conventional" alternatives. White other times, buying organic is more expensive. It usually just depends on the product category. Mattresses are one of those categories...