With its clean aesthetic and feel-good campaigns promoting body positivity and girls’ empowerment, Dove seems like a great brand that cares about its customers’ health and wellbeing. But do its ingredient labels align with the brand’s messaging?

In this article, we’re taking a deep dive into the ingredients in all of Dove’s varieties of deodorant to find out just how safe these personal care products really are.

Deodorant is something that absorbs moisture and covers up body odors. Deodorants do not stop you from sweating. Antiperspirants, on the other hand, actually work to stop sweat by clogging your pores.

Many conventional “deodorants” (including the vast majority of Dove’s products) are actually deodorants AND antiperspirants. The only Dove underarm products that are NOT antiperspirants are the ones in their “0% Aluminum” line (which they carry for both women and men).

On the infographic below, you can check out the exact ingredients in each different kind of Dove deodorant and antiperspirant, color-coded by safe (green), just okay (orange), and worst (red). Keep reading to gain a deeper understanding of the primary ingredients of concern in these products.

Aluminum is the active ingredient in almost all antiperspirants on the market. It’s the ingredient that stops your armpits from sweating by clogging your pores. As mentioned above, the only Dove deodorants that do NOT contain aluminum are the ones in their “0% Aluminum” line.

Aluminum is also the ingredient that has gained notoriety in recent decades when it became linked with increased breast cancer risk.

According to the National Cancer Institute, “[Aluminum] compounds form a temporary “plug” within the sweat duct that stops the flow of sweat to the skin’s surface. Some research suggests that aluminum-containing underarm antiperspirants, which are applied frequently and left on the skin near the breast, may be absorbed by the skin and have estrogen-like (hormonal) effects (3). Because estrogen can promote the growth of breast cancer cells, some scientists have suggested that the aluminum-based compounds in antiperspirants may contribute to the development of breast cancer (3).”

It should be noted that this connection is somewhat controversial, and we need more research to be done in order to establish or eliminate a clear and direct link between aluminum-containing antiperspirants and breast cancer. However, considering that breast cancer is the leading cause of cancer-related deaths among women, many consumers would rather just play it safe and skip the aluminum until we have more solid information on this issue.

But, that’s not the only potential issue with aluminum. It has also been linked to contact dermatitis, meaning this ingredient could cause skin irritation as well.

Aluminum may be listed in a few different ways on an ingredient list since several different types of compounds exist. But they’re usually pretty easy to identify since they literally have “aluminum” in the name.

When you see “fragrance” (or “parfum”) listed on an ingredient label, this should be a huge red flag for you. Under U.S. law, companies are allowed to include almost 4,000 different chemicals under the “fragrance” umbrella without actually disclosing those ingredients to customers! Some of these ingredients may be safe and natural, while others (like phthalates) are toxic. There is a HUGE lack of transparency here.

ALL of Dove’s deodorants contain fragrance, including their “Advanced Care Unscented Sensitive” formula. The fact that their “unscented” deodorant still contains fragrance is quite concerning and is a big indication of Dove’s lack of transparency.

In and of themselves, PEGs aren’t necessarily harmful to human health. The problem, however, is that PEGs go through a process called ethoxylation, which involves two toxic ingredients: ethylene oxide and 1,4-dioxane. Both of these chemicals are carcinogenic, and ethylene oxide is also an irritant. Unfortunately, PEGs have frequently been found to be contaminated with these two toxins.

PEGs are often listed on ingredient lists as “PEG” followed by a number, such as “PEG-8.”

Steareths (which are often listed as “Steareth-##” like “Steareth-100” come with the same potential issue as PEGs.

Diethanolamine is linked to cancer, and it also comes with the same problem that PEGs do: contamination of toxic chemicals due to the ethoxylation process. You may see this ingredient show up on labels as DEA, or you may see alternative forms such as simethicone (which is essentially dimethicone plus silica).

BHT and its relative, butylated hydroxyanisole (BHA), are synthetic antioxidants that are commonly used as preservatives. These chemicals are linked to a wide range of health concerns, including organ system toxicity, skin irritation, cancer, and more.

Although more research still needs to be done on the specific risks of BHT, it should be noted that it’s a toluene-based ingredient. Toluene is a well-established toxin that can cause neurological damage, reproductive harm, and more.

These are two similar gasses that are used in spray deodorants/antiperspirants. Although they are allowed in the United States, butane and isobutane are prohibited from cosmetics in the European Union and restricted in Canada due to potential contamination with the carcinogenic and toxic chemical: 1,3-butadiene.

This is another gas that’s used in spray products. Breathing in too much propane can make breathing difficult and cause a list of other problems like cough, dizziness, fever, rapid heart rate, skin irritation, and more. While the amount of propane in Dove’s deodorant and antiperspirant products is not likely to cause immediate harm to most people, it can be an irritant to those with asthma or other respiratory issues.

There are a lot of different types of alcohols that are more or less risky for one’s health based on how they’re processed. Ethoxylated alcohols, for example, are processed using carcinogenic chemicals and can be contaminated with those carcinogens.

Stearyl alcohols, on the other hand (which you’ll often find in Dove’s antiperspirants), don’t pose as much of a risk to one’s health. However, almost all alcohols are classified as irritants. They can dry out one’s skin, leading to redness, dryness, itchiness, and more.

Cyclopentasiloxane is a silicone-based ingredient, which is used in deodorant to improve the texture and make it glide on smoothly. This is yet another ingredient that carries some controversy because of the inconsistency in available research; some evidence suggests the ingredient is safe while other evidence links it to cancer and endocrine disruption at certain levels.

The thing about Cyclopentasiloxane, though, is that (unlike things like preservatives), it isn’t really necessary. Perfectly safe ingredients like shea butter and candelilla wax can be used to make the deodorant glide onto the skin just as nicely, without the risk.

Silica can occur in two different forms: crystalline or amorphous. Amorphous silica is mostly safe, while crystalline silica is a known carcinogen and irritant.

The problem is that the distinction between crystalline or amorphous isn’t always made on ingredient labels; it’s often just listed as “silica.” It’s most likely that the ingredient used in deodorants/antiperspirants is amorphous, but we can’t always know for sure. For this reason, we put this ingredient under the “okay” category.

This ingredient has been found to cause some skin and eye irritation in a couple of studies and is suspected to be an environmental toxin according to Canada’s Domestic Substance List. However, there is not a lot of research surrounding this chemical and there isn’t a lot of cause for concern at this time beyond potential skin irritation.

This is the first ingredient listed in the “0% Aluminum” line of products. The problem with this one is that it can cause skin, eye, and respiratory irritation, and it is also a suspected to be an endocrine disruptor (although a lot more research needs to be done here).

These ingredients are all used to scent products. They can be naturally occurring from plants (like citrus, clove, etc.) or they can be synthetic.

Part of the problem with these ingredients is that when they’re listed on an ingredient label, it’s almost impossible to tell how they were sourced and processed, and whether or not they’re natural or synthetic. The only way for consumers to know is if the brand volunteers that information.

But even in their natural, plant-based versions, these ingredients can be very irritating for some people. Therefore, those with sensitive skin or other vulnerabilities should consider avoiding these ingredients altogether.

The ONLY versions of Dove deodorants that are aluminum-free are the ones that are in the “0% Aluminum” line (for both men and women). Dove’s 0% Aluminum varieties are clearly marked on the front of the container, so it’s easy to identify them.

It’s worth noting, however, that just because Dove’s “0% Alumunium” line doesn’t contain aluminum, it does contain other potentially toxic ingredients, as you can see on the infographic above.

Even Dove’s Sensitive Skin formulations contain ingredients that can potentially irritate your skin, cause skin sensitivity, and exacerbate eczema. If you’re looking for better deodorant for sensitive skin, skip the Dove and try one of these brands instead.

Is Dove Deodorant Safe During Pregnancy?

Due to some of the ingredients (as noted above) being linked to things like infertility, reproductive health, ADHD, cancer, and more, Dove isn’t the best option for use during pregnancy. There are a lot of much safer alternatives pregnant people can use instead!

Does Dove Deodorant Cause Cancer?

Unfortunately, as discussed above, Dove’s deodorants do contain many ingredients that are either known or suspected carcinogens. If you’re concerned about cancer risk, you’ll probably want to play it safe and stay away from Dove.

Although Dove’s deodorants do not contain gluten or gluten/wheat-derived ingredients, they’re also not tested or certified gluten-free. This means you’re probably safe, but there’s still a chance of contamination since some of Dove’s other products do contain gluten.

There are no animal by-products such as gelatin or beeswax listed in any of their deodorants or antiperspirants. According to Dove’s website, Dove does not do any animal testing and their products are now certified as cruelty-free by PETA’s Beauty Without Bunnies Program.

If you’re trying to reduce the number of toxins in your personal care products, it’s best to skip the Dove deodorant and antiperspirants. There are plenty of other brands of deodorant that are natural, non-toxic, and still actually work, too!

Previous Post
Which Lipstick Brands Are Really Non-Toxic & Chemical-Free in 2023?
Next Post
Rayon vs. Cotton: Which is the Healthier Fabric? 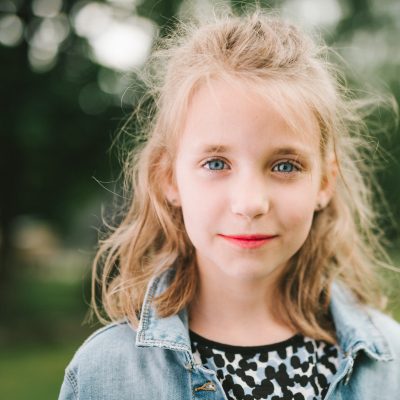 As you'll see in a minute, U.S. law allows a lot of toxic endocrine disruptors, carcinogens, and allergens to get into our makeup products. This can be quite a problem for our tweens and teens who are in such an... 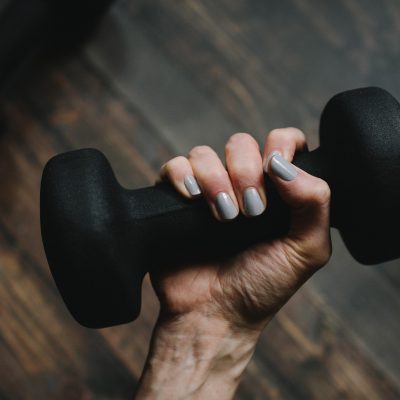 For workout enthusiasts, dumbbells and hand weights are an everyday part of life. Whether you’re working out at the gym or in front of the TV at home, hand weights are a great way to build muscle and improve overall...