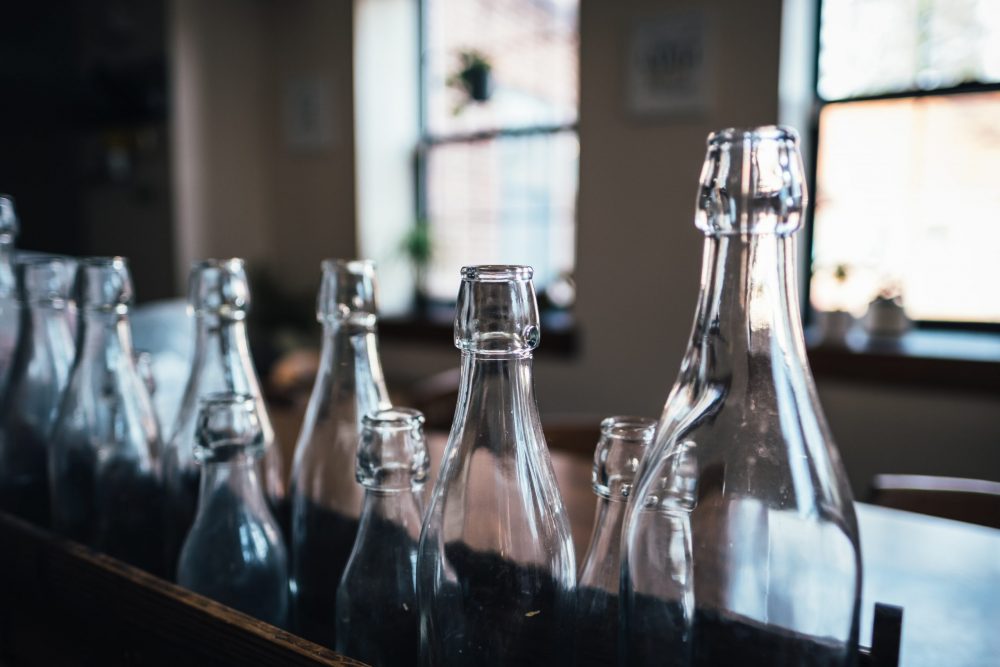 Almost everyone has experienced the frustration of not being able to get stubborn stickiness off of something. Maybe you want to remove a label from a beautiful glass jar so that you can reuse it. Or perhaps your kid left a sticker on their shirt and then it was put through the washing machine so now there’s residue on the fabric.

In these instances, products like Goo Gone can really come in handy! But like so many other household products, many consumers are left wondering about the ingredients in Goo Gone’s products. Can Goo Gone make you sick? Is it toxic to babies or pets?

We’re going to investigate the Original Goo Gone ingredients and then give you some alternative solutions. Let’s get to it.

What is Goo Gone?

Goo Gone is an adhesive remover that works to get rid of things like leftover sticker goo, gum, crayon, glue, ink, grease, wallpaper, and other similar substances from surfaces.

What sort of surfaces can you use Goo Gone on? Materials you generally CAN use Goo Gone on include: finished wood, carpet, glass, (some) fabrics, (some) plastics, stainless steel, ceramic, and sealed stone.

Materials you generally CANNOT use Goo Gone on include: silk, leather, suede, rubber, other porous materials (like plywood or cork), skin, or hair.

These days, the Goo Gone line has expanded quite a bit; they now have a variety of products for your home, car, arts & crafts, and more. For the purposes of this post, we will just be focusing on the Original Goo Gone adhesive remover.

What Are the Ingredients in Goo Gone?

Unfortunately, Goo Gone withholds its exact formulation due to it being “confidential business information” (CBI). For some of the ingredients, they list a chemical group rather than an exact ingredient. They also don’t tell us the amounts of each of these ingredients.

However, even with this lack of information, we can still get a good idea of how potentially toxic Goo Gone is based on the information that’s publicly available.

The ingredients listed in the Original Goo Gone are:

Let’s investigate each of the ingredients one by one to get a better idea of just how safe or unsafe Goo Gone is:

Petroleum distillates are a group of substances that are extracted from crude oil. Examples include mineral oil, naphtha, heavy fuel oil, petroleum ether, and benzene. They’re used as solvents in industrial settings. (Four out of the six Goo Gone ingredients listed function as solvents. A solvent is just something that is used to dissolve something else.)

Petroleum distillates are known toxins according to, well, pretty much everyone: the CDC, OSHA, the EU Globally Harmonized System (GHS), the European Chemicals Agency (ECHA)… you get the point.

In other words: there is plenty of irrefutable evidence that the first listed ingredient in Goo Gone is toxic.

d-Limonene comes with some problems (especially for certain individuals), but the health concerns are nowhere near those of petroleum distillates. This ingredient is often used in a wide variety of products to add fragrance and/or taste, but in Goo Gone, d-Limonene is actually listed as a solvent. This is because its acidic nature helps to break down sticky substances. Limonene can be naturally occurring from plants (like citrus) or it can be made synthetically.

Part of the problem with limonene is that when it’s listed on an ingredient label, it’s almost impossible to tell how it was sourced and processed and whether or not it’s natural or synthetic.

But even in its natural, plant-based version, limonene can be very irritating for some people. Therefore, those with sensitive skin or other vulnerabilities may want to consider avoiding it altogether.

So, d-Limonene exists in a sort of grey area when it comes to toxicity.

Like petroleum distillates, “aliphatic ether alcohol” is not one specific substance, but rather a group of chemicals. In general, aliphatic alcohols are used as solvents (as is the case with Goo Gone), disinfectants, sanitizers, sterilants, virucides, fungicides, and/or mildewcides.

The toxicity of aliphatic and ether alcohols can range widely, especially when it comes to concentration and exposure levels. Unfortunately, it’s unclear what chemical is actually used by Goo Gone, and therefore difficult to determine how toxic it may or may not be for consumers.

This is the only ingredient that’s listed by Goo Gone as a “cleaning agent.” Like limonene, it’s also used in other types of products for fragrance and/or flavor.

Also like limonene, how potentially harmful or beneficial orange extract may depend on how it’s sourced and processed. Extracts that are sourced straight from plants and minimally processed don’t post much risk, while synthetics may be contaminated with other chemicals that are worse.

It’s also worth noting that orange extract can also act as an “absorption enhancer.” That means that even if the ingredient itself is safe, it can potentially increase absorption of other worse ingredients if it gets on the skin.

Like limonene, orange sweet extract is relatively safe but does come with a few mild risks.

Once again, this is not one specific ingredient but rather a category. Glycol ethers are commonly used as solvents in things like paint, cleaners, varnishes, dyes, inks, and even perfumes and cosmetics.

As you can see, glycol ethers don’t make the cut when it comes to safety.

This is the only ingredient listed by Goo Gone as a colorant. In other words, it’s a dye. There is a good amount of evidence indicating that solvent orange 60 is a “contact sensitizer,” which essentially just means that many people will develop an allergic reaction after exposure to the chemical. This can lead to things like rashes and itching on the skin.

There are also quite a few warnings on the safety data sheet (SDS) provided by the company itself. It states:

“Hazard Statement(s): Combustible liquid. May cause an allergic skin reaction. May be fatal if swallowed and enters airways.

Precautionary Statement(s): Keep away from flames and hot surfaces. No smoking. Avoid breathing fume/mist/vapors/spray. Contaminated work clothing must not be allowed out of the workplace. Wear protective gloves/eye protection/face protection. If swallowed: Immediately call a poison center/doctor. Do NOT induce vomiting. If on skin: Wash with plenty of water. Wash contaminated clothing before reuse. If skin irritation or rash occurs: Get medical advice/attention. Store in a well-ventilated place. Keep cool. Store locked up. Dispose of contents and container in accordance with all local, regional, national and international regulations.”

TL;DR: Although the precise ingredients used in Goo Gone are not disclosed, we do have enough information to know that it is potentially toxic.

Is Goo Gone Toxic to Dogs & Cats? What About Babies & Kids?

Considering that Goo Gone does contain several toxic ingredients, it cannot be considered safe for pets and small humans.

If you believe any of your pets, babies, or kids have swallowed Goo Gone, you should call poison control immediately.

Is It Harmful to Skin?

Yes, Goo Gone can cause skin irritation. Their own website states that Goo Gone is a skin irritant and therefore should not be used on skin or hair.

Is Goo Gone Toxic to Breathe?

Yes, some of the ingredients used in Goo Gone are toxic to inhale. Of course, it’s going to depend on the amount inhaled, and you’re likely to only breathe in small amounts when using Goo Gone properly. But if you’re going to use Goo Gone, make sure you use it as directed and in a well-ventilated area.

What Can You Use Instead of Goo Gone?

So, what can you use if you don’t have any Goo Gone or would prefer to use something safer? Several things will work instead of traditional Goo Gone to remove sticky residues more naturally.

How To Make Homemade Goo Gone

It’s actually pretty easy to make your own Goo Gone at home—only a few ingredients are needed. And it will work just as well as conventional Goo Gone for pretty much all circumstances! Here’s an easy, natural adhesive remover recipe:

Other Goo Gone Substitutes That Work

What are some other effective substitutes for Goo Gone? If you don’t have the above ingredients laying around the house, you may also consider using:

Goo Gone is a popular choice for removing sticky stuff from surfaces, but it’s not exactly a safe bet. Children and pets should be kept away from goo gone since, a) they are more likely to put it in their mouths, and b) they are more vulnerable to the potential effects of toxicants compared to adults. Other people who may be more sensitive to the effects of goo gone include those with allergies, asthma, cancer, multiple chemical sensitivity (MCS), and autoimmune conditions.

Many adults will not experience short-term effects of goo gone when used every once in a while, but the concern comes from the long-term effects of the ingredients in goo gone combined with all of the other toxic chemicals we’re exposed to every day, and how they contribute to the total toxic burden over one’s lifetime.

So the next time you need to get some sticky residue off a glass jar or t-shirt, try out the homemade gunk remover recipe above!

Previous Post
Is WD-40 Toxic? [& Natural Substitutes That Work]
Next Post
Which Lipstick Brands Are Really Non-Toxic & Chemical-Free in 2023? 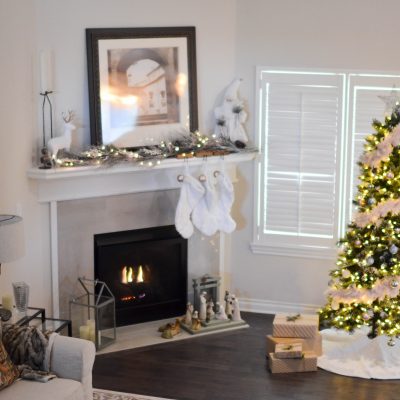 We recently wrote about what to look for in a non-toxic (or at least less toxic) Christmas tree. But what about holiday decorations? Spoiler alert: 100% non-toxic Christmas lights don't really exist (sorry!). Almost all holiday string lights contain at... 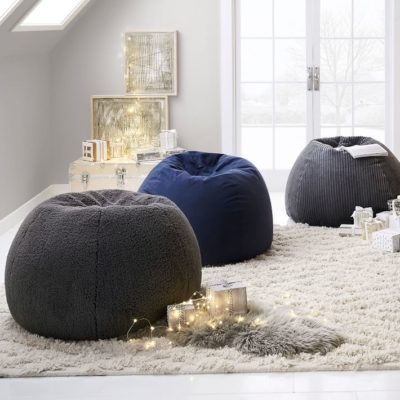 Ah, bean bag chairs! They've always been a staple in kids' playrooms and teenagers' gaming pads, but nowadays there are also some modern adult bean bag chairs that would look beautiful in the living room, too! But... just like with... 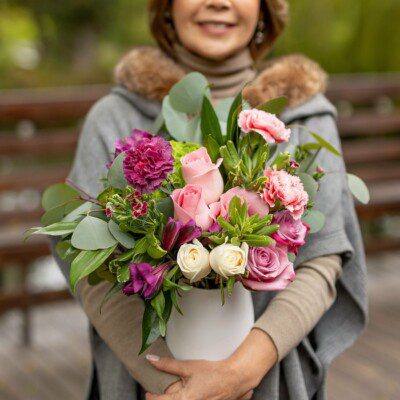 There's a reason flowers have been cultivated, arranged, gifted, and enjoyed by humans for so long. They really have the power to brighten up a space, send a message, or set a mood. I've personally always been so impressed by...

All content on this website is for informational and educational purposes only. It is not intended to provide medical advice or replace the advice or treatment from a personal physician. All consumers of this content should consult their doctors or qualified health professionals regarding specific questions and needs. Neither The Filtery nor any of its individual contributors or staff members takes responsibility for possible health consequences of any person or persons reading or following the information in this educational content. All viewers of this content, especially those taking prescription or over-the-counter medications, should consult their physicians before beginning any nutrition, supplement, or lifestyle program.
This site contains affiliate links, which means we may earn a commission if you choose to make a purchase. We only support brands we truly believe in and confidently recommend.
The Filtery is produced on the traditional territory of the Kaskaskia, Osage, Shawandasse Tula, Myaamia, Adena, and Hopewell Tribal Nations. As we express gratitude and care for this land, we honor those who have stewarded it for thousands of years before us.