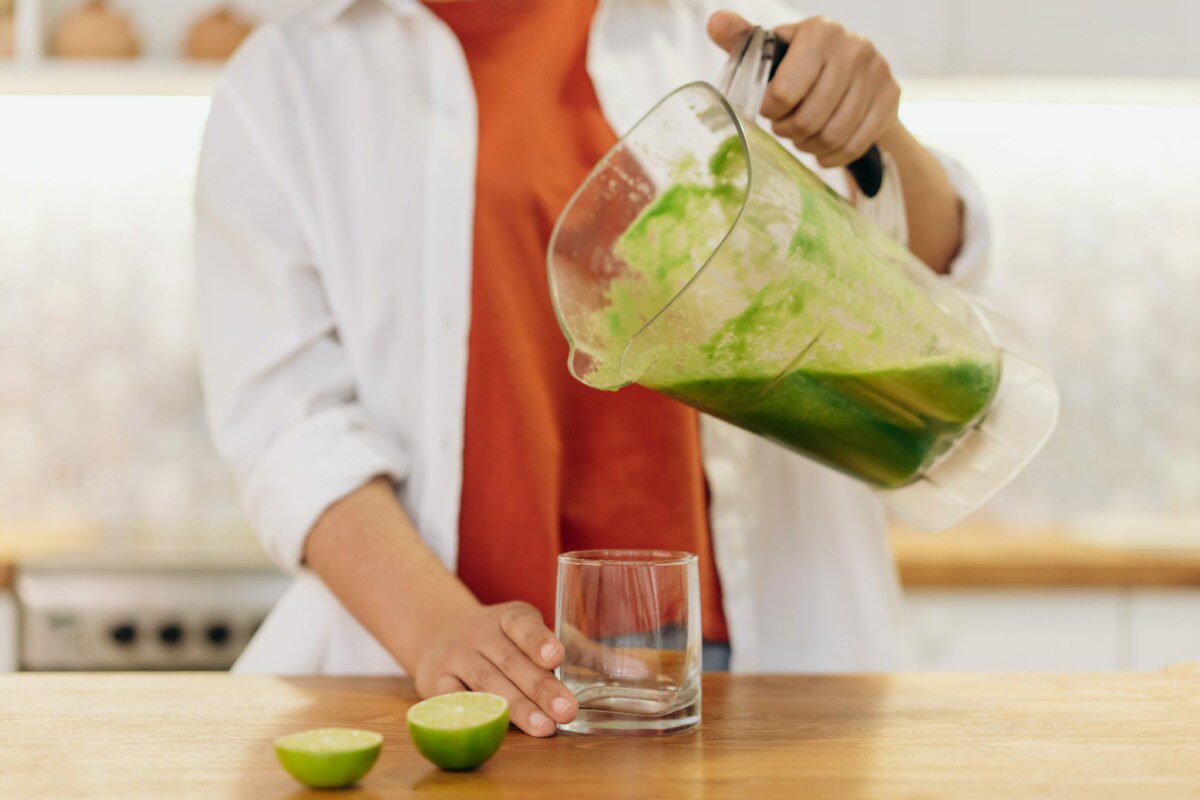 Last Updated on August 5, 2022 by The Filtery Staff

Sometimes plastic can’t be avoided. Most blenders and food processors are made out of plastic. Sometimes plastic products like water bottles and food storage containers are better for traveling or taking to school. Many water filters use plastic, too—especially countertop filters used by renters.

But not all kinds of plastic are created equal. Although they’re all created using fossil fuels and synthetic chemicals, some types of plastic are more toxic than others. In recent years, consumers have been pressuring brands to take toxic chemicals such as phthalates and BPA out of their plastic products, so manufacturers have been coming up with various “BPA-free” alternatives.

Tritan™ plastic is one of those alternatives.

Used by brands like Vitamix and Nalgene, Tritan is a type of durable plastic that’s apparently free from BPA as well as other types of estrogen-mimicking chemicals. But as we’ve seen in the past, “BPA-free” does not always mean “non-toxic.” In fact, many “BPA-free” plastics are not only just as bad as the ones containing BPA, but actually even worse.

So, what’s the deal with Tritan plastic? Is it toxic? Is it better than other BPA-free plastics? Like many other things in the world of low-tox living, the answer to this question is not a black and white one. But we’re going to give you the lowdown so you’re as informed as possible.

Contents hide
1 At A Glance
2 First: A Quick Primer on Bisphenols & Endocrine Disruptors
3 What Kind of Plastic is Tritan?
4 Products That Use Tritan Plastic
5 So, Is Tritan Plastic Safe?
5.1 1. The data is messy and incomplete.
5.2 2. Other endocrine disruptors aren’t considered.
6 Moral of the Story: We Need More (Unbiased) Info!
7 Sooo… What Do You Do?
8 More FAQs About Tritan Plastic
8.1 Is Tritan plastic microwave safe?
8.2 Is Tritan plastic dishwasher safe?
8.3 Is Tritan glass or plastic?

In order to understand the nuance of the “Is Tritan plastic safe?” question, you need to be familiar with a few terms:

Okay, now that you know what kind of chemicals we’re talking about here, let’s talk about Tritan…

What Kind of Plastic is Tritan?

Tritan is a copolyester plastic that’s manufactured exclusively by a company called Eastman. It’s very similar to other polycarbonate plastics (it’s very hard, durable, and impact-resistant), but it’s made without any BPA, BPS, or other bisphenols.

Tritan falls under the plastic resin code #7, which means “other.” There are lots of different kinds of plastic that are #7, including polycarbonate (the kind of plastic that most often contains BPA and other bisphenols), PLA (a bioplastic), ABS (which is used for 3D-printing), and PMMA (acrylic). So unfortunately, you won’t be able to tell much about whether or not a certain product contains BPA or any other endocrine disruptors just by looking at the number on it.

Products That Use Tritan Plastic

So, Is Tritan Plastic Safe?

Eastman says that its Tritan plastic is not only completely free from BPA, BPS, and ALL other bisphenols but that it is also “free of estrogenic activity and androgenic activity.” This means there is nothing in the plastic that leaches any estrogen- or androgen-mimicking chemicals that may mess with the body’s natural hormone systems.

There are two main issues with with these claims:

1. The data is messy and incomplete.

To be blunt, the data verifying Eastman’s claims is kind of a hot mess. This article will give you a deep dive into the issue, but here’s the summary:

In 2011, some researchers published a paper which said that (among a bunch of other plastics they tested), Tritan DID indeed leach synthetic estrogens.

But the problem is that the researchers who published this paper owned a pair of companies that sold BPA-free plastics of their own. Needless to say, this was a huge conflict of interest.

Eastman sued and the two parties got into a legal battle, with both parties acting shady throughout the process. (Although Eastman has also done their own tests, it appears that they haven’t always followed the best research practices.) Eastman ultimately won the suit, which meant they could be allowed to continue marketing Tritan as “free of estrogenic activity and androgenic activity.”

As far as I can tell, the research showing that Tritan does in fact leach estrogenic chemicals has never been validated or replicated again.

The other issue is that the claims made by Eastman only take two kinds of hormones into account. And although estrogens and androgens may perhaps be some of the most impactful and well-studied when it comes to endocrine disrupting chemicals, they aren’t the only hormones that can be affected by EDCs.

So while it’s certainly may be a good thing when Eastman says Tritan is “free of estrogenic activity and androgenic activity” (if indeed that is true, of course), it doesn’t necessarily mean it’s free from all chemicals that can potentially disrupt proper hormone function.

Moral of the Story: We Need More (Unbiased) Info!

Although it’s very likely that Tritan is safer than other types of plastic, we can’t say with 100% certainty that’s it’s entirely safe without more data. We need unbiased researchers without any conflicts of interest to test Tritan (and lots of other plastics!) using well-built studies, and then replicate those studies.

Sooo… What Do You Do?

As mentioned before, Tritan is most likely safer than a lot of other kinds of plastic. For instances when you can’t avoid plastic (like with blenders, for example), Tritan is probably one of the best ones to choose.

But until we know more about Tritan, it’s still good practice to follow some general “rules” to reduce potential leaching and exposure to any mystery EDCs. These guidelines are good to follow when using any kind of plastic:

Technically, Eastman says their plastic is microwave-safe. However, we do not recommend putting it in the microwave. If this plastic does turn out to contain any mystery EDCs, they’re more likely to leach out from the plastic and into your food or drink when exposed to heat.

Even though Eastman says Tritan is dishwasher safe, we still recommend keeping it out of the heat when possible, in order to reduce chemical leaching.

(However, avoiding the dishwasher isn’t as high of a priority as avoiding the microwave since the product isn’t holding the food or drink you’re about to consume.)

Is Tritan glass or plastic?

Tritan is plastic. However, they do make “unbreakable” wine and drinking glasses out of Tritan plastic. These are meant to be a lightweight and shatter-proof alternative to glass for places like the pool. However, you could just use stainless steel ones (like from YETI, HydroFlask, or Target) or silicone instead, which are even better than plastic!

Previous Post
Is Microwave Popcorn Healthy? The Good, The Bad, And The “Corny” Reasons To Avoid It
Next Post
Your 2022 Guide to Non-Toxic School Supplies 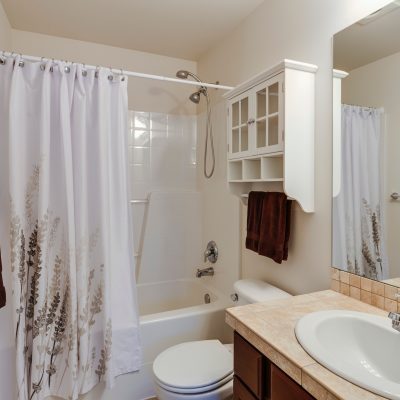 What is PEVA? Are PEVA Shower Curtains Non-Toxic?

PEVA is a common PVC-free alternative to shower curtains and shower curtain liners. But what is it? Which is really better: PVC or PEVA? And what is the best material for a non-toxic shower curtain? Let's get into it. What... You and your loved ones (both human and furry!) spend a lot of time living, resting, playing, and eating on your furniture. So with all that time spent, you probably want to make sure you're buying non-toxic furniture that's safe... 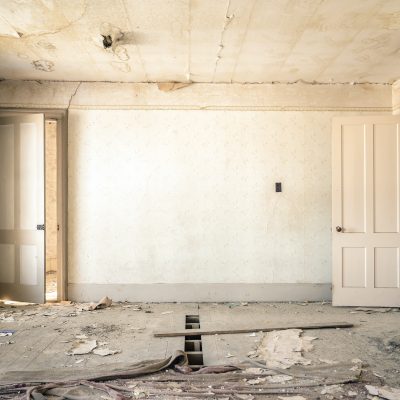 Can a place make you sick? The short answer is: yes. How do you know if your house or workplace is making you sick? Unfortunately, that's a tougher question to answer. There are a collection of symptoms and diagnoses that...