Is Xanthan Gum a Natural and Safe Ingredient? What Is It, Really? 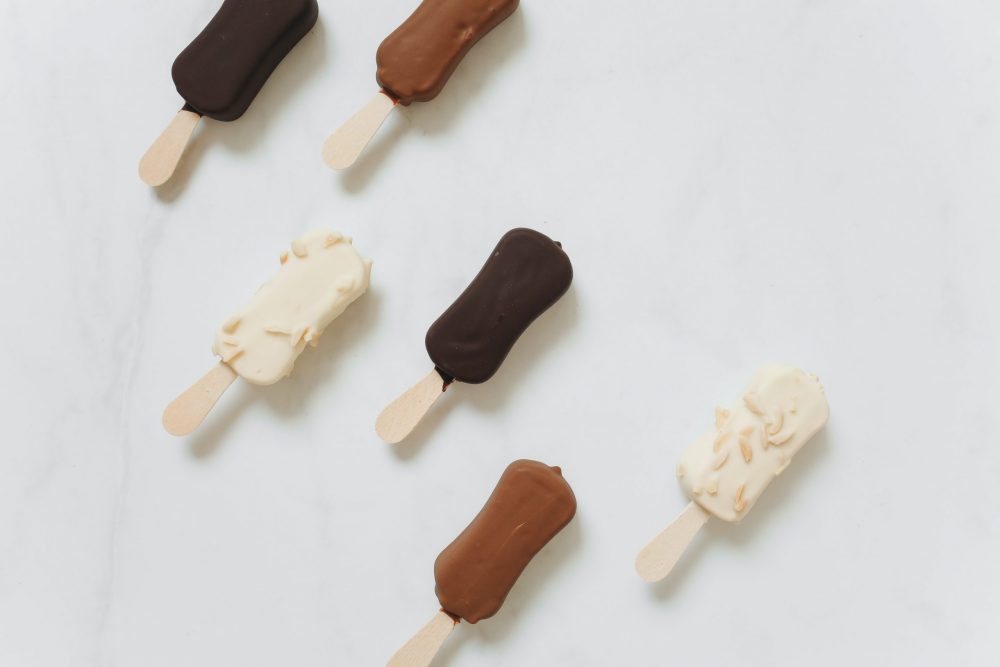 Xanthan gum is something you probably eat without realizing it at least several times per week. It’s commonly found in products ranging from salad dressing to wallpaper glue. But does that mean it’s safe to eat? The FDA considers xanthan gum to be a safe additive for food—but let’s explore deeper. Is xanthan gum natural or artificial? Is it truly safe for everyone? Find answers to these questions below.

What the Heck is Xanthan Gum?

To put it simply, xanthan gum is a type of soluble fiber. Soluble fibers are carbohydrates that your body cannot break down. As such, soluble fibers are often recommended for certain concerns because they help slow digestion. It’s also a polysaccharide. More on that below.

Is Xanthan Gum Natural? How is it Made?

The question everyone wants to know is this: Is xanthan gum a natural ingredient? Most probably wouldn’t consider it so—at least, not in the sense that one could go out and harvest it from natural sources. Instead, it’s produced in a lab through a fermentation process. The base ingredient is sugar, which is fermented by bacteria called Xanthomonas campestris. During the fermentation process, the sugar and bacteria create a gooey substance that is turned into a solid with the addition of alcohol. From there, the xanthan gum is dried and ground into a powder that is packaged and sold for use in a variety of things including food and industrial products.

What is a Polysaccharide? Is it Safe?

What Does Xanthan Gum Do in Foods?

Xanthan gum is an additive that is commonly added to processed foods to thicken or stabilize them. It’s a powder that, when you put it in food, disperses and creates a viscous texture.

Should I Avoid Foods with Xanthan Gum?

This one is up to you! Experts say that when consumed in moderation, xanthan gum is safe for the average individual. Excess amounts may cause digestive issues or other problems, which we will discuss below.

In general, the common wisdom is that the fewer ingredients in food, the better—and xanthan gum is commonly found in processed foods featuring long ingredient lists with lots of unfamiliar names.

Certain populations—those with chronic health issues, celiac’s disease, irritable bowel syndrome, and other conditions—are likely to be more sensitive to xanthan gum. Some individuals may have to be careful to only consume very small amounts of xanthan gum, while others may need to avoid it completely. You may need to do some experimentation to identify whether or not xanthan gum exacerbates your symptoms!

What Kinds of Foods is Xanthan Gum Found In?

Because it thickens liquid products, improves texture, and stabilizes food, xanthan gum is commonly found in lots of different processed foods. These can include:

As a Food Additive, is Xanthan Gum Safe?

Most experts agree that xanthan gum is generally safe in foods. This is based on a daily consumption of no more than 15 grams per day. Consumption past that level isn’t recommended, as it can cause “significant increases in stool output, frequency of defecation and flatulence”. But again, this will likely differ for certain individuals, so figure out what is best for you!

Does Xanthan Gum Cause Inflammation?

Exposure to pure xanthan gum powder can potentially cause irritation of the nose, throat, and lungs, which can be accompanied by flu-like symptoms.

As far as emulsifying products go, however, xanthan gum is pretty safe. It’s not known to cause intestinal inflammation in most people when kept under that 15 grams per day limit.

Is It Possible to Have a Xanthan Gum Allergy?

Yes, xanthan gum can trigger food allergy reactions! It’s derived from sugars—and those sugars may come from corn, dairy, soy, and wheat, all of which are known to cause allergic reactions at times. If you have an allergy to any of these things, it’s best to avoid xanthan gum.

Although xanthan gum can be derived from wheat, it’s actually found in many gluten-free foods as a gluten substitute. If a certified gluten-free product contains xanthan gum, you can assume it’s safe.

There are about eight grams of carbohydrates and eight grams of fiber in one tablespoon of xanthan gum. (Usually, however, you will be consuming much less than that as a food additive.) So, if you’re following a ketogenic diet, then xanthan gum is generally acceptable.

It depends. Sometimes xanthan gum is vegan, but it can be made with whey, so vegans may want to double check!

What Are the Negative Effects of Xanthan Gum?

At doses greater than 15 grams per day, xanthan gum can cause a few negative side effects. These include:

In some cases, these negative side effects have been leveraged as treatments. For example, in people with high blood sugar, xanthan gum has been used in research to lower blood sugar. Because it’s a fiber that can soften stools, it has also been used as a bulk-forming laxative.

Who Should Avoid Xanthan Gum?

People with severe corn, dairy, soy, and wheat allergies should avoid xanthan gum. You can also work with your doctor to test whether you may be sensitive to xanthan gum.

Pregnant people and infants should also avoid xanthan gum after reports that SimplyThick, a xanthan gum thickener that was added to formula for infants caused several cases of necrotizing enterocolitis, which is a disease that causes intestinal inflammation. This is a disease that can lead to the death of damaged portions of the intestines, which can ultimately lead to the death of the patient.

People with undiagnosed nausea, vomiting, or stomach pain should avoid xanthan gum and other bulk-forming laxatives that can worsen the condition.

If you are expecting surgery, it’s wise to avoid xanthan gum since it can lower blood sugar. There are concerns that it may impact blood sugar control during the surgery and afterward, too, which is why experts recommend avoiding xanthan gum for at least two weeks prior to your surgery.

Guar gum and xanthan gum can be substituted for each other. Both are thickening and binding agents, though guar gum is considered better for cold foods like ice cream or pastry filling while xanthan gum works better in baked foods like yeast bread. Whereas xanthan gum is made in a lab using sugars and bacteria to ferment it, guar gum comes from the ground endosperm portion of the Cyamopsis tetragonolobus, which is a legume that is found in tropical Asia.

What Else Is Xanthan Gum Called?

“Xanthan gum” is the most common name for this ingredient, but in rare cases, you may find it listed under other names. These include:

Many of these names can be found on imported products. In the U.S., “xanthan gum” is the most common term that you’ll find on ingredient lists.

What is Safe That Can Be Used Instead of Xanthan Gum?

There are lots of safe alternatives to xanthan gum out there! If you’re looking for a thickener, try any of the following:

Is Xanthan Gum Right for You?

When it comes to health and nutrition, you are the deciding factor. Xanthan gum is considered generally safe by most experts—though when consumed at high doses, it can cause problems. Those with chronic health conditions (especially involving gut and digestive health) might want to consider being more careful with xanthan gum consumption.

What do you think? Is xanthan gum something you want to eat, or something you would classify as natural or artificial? Eliminating it from our diets isn’t easy, but it can be done if we’re willing to forego processed foods in favor of homemade goodness.

Amber Kanuckel’s work has appeared in the Farmers’ Almanac, the Ohio Amish Country Magazine, GreenPrints and in a variety of newspapers. She believes a happy life starts with health—and much of her work focuses on creating a happy, healthy home.

Previous Post
What’s in Red Bull? What Does It Do to Your Body? (+ 6 Healthier Energy Drinks)
Next Post
Is Borax Safe or Toxic? Why Is Borax Banned In U.K.? 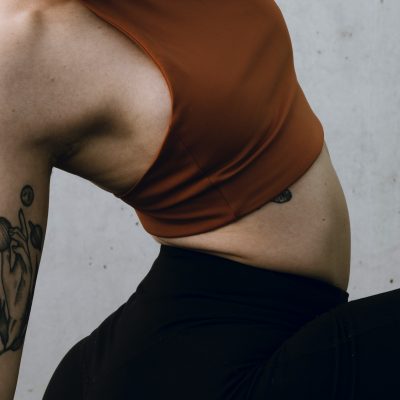 With its clean aesthetic and feel-good campaigns promoting body positivity and girls' empowerment, Dove seems like a great brand that cares about its customers' health and wellbeing. But do its ingredient labels align with the brand's messaging? In this article,... 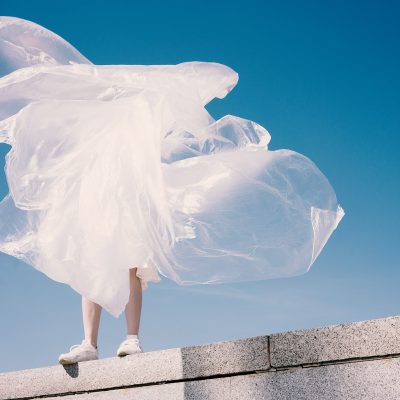 Your Essential Guide to the 7 Types of Plastic

Living in the Age of Plastic, it’s pretty tough to avoid it no matter how hard you try. The fossil fuel-derived substance is literally everywhere. As a petrochemical, plastic is toxic just like its methane gas or crude oil raw... 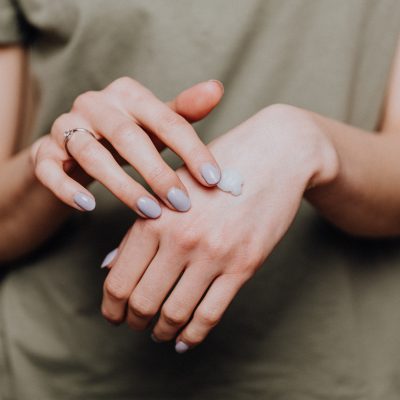 We don’t often think of it as one, but our skin is actually our largest organ. We might think that what we put into our bodies is more important than what we put onto our bodies, but the fact is...

All content on this website is for informational and educational purposes only. It is not intended to provide medical advice or replace the advice or treatment from a personal physician. All consumers of this content should consult their doctors or qualified health professionals regarding specific questions and needs. Neither The Filtery nor any of its individual contributors or staff members takes responsibility for possible health consequences of any person or persons reading or following the information in this educational content. All viewers of this content, especially those taking prescription or over-the-counter medications, should consult their physicians before beginning any nutrition, supplement, or lifestyle program.
This site contains affiliate links, which means we may earn a commission if you choose to make a purchase. We only support brands we truly believe in and confidently recommend.
The Filtery is produced on the traditional territory of the Kaskaskia, Osage, Shawandasse Tula, Myaamia, Adena, and Hopewell Tribal Nations. As we express gratitude and care for this land, we honor those who have stewarded it for thousands of years before us.